India felt good from the start, with the crazy drive in the traditional black Ambassador taxi through the bundel of traffic from Delhi airport to the guesthouse where we were staying. The guesthouse is run by a very nice family (3rd generation), very relaxed, very open. They share their enormous white bungalo with the guests. The bungalo was built in the 1930-ies and typical of this part of New Delhi, the area where ministers and other important government representatives live, behind walled gardens, guarded by military, wide lanes, lots of trees. Situated close to Lodi Gardens, where you find a couple of beautiful Mogol tombs and a romantic restaurant.  New Delhi was desinged/planned by the British architect Lutyens (in 1911). The guesthouse carries his name ('Lutyens Guesthouse' - they have a website)  I had a small room with a view onto the enormous garden (with wonderful old trees, lots of tropical birds, a.o. green parrots, fruit trees and vegetables/herbs, swimming pool). We had breakfast in the garden every morning (if the flies would let us! - the lady of the house used doop-sticks (incense) to scare them away). At night we would sit in the garden with our nightcap. The bed- and bathrooms were in the original style when the house was built (simple, but extremely clean (much much better than the hotels) and cosy). The guesthouse was our homebase while staying in India. We travelled by train from Dehli to Agra (south) and back and to Chandigarh (north - on the foothills to the Himalayas) and back. Wonderful to come ' home'  to the peace and joy of the guesthouse.

We visited Old Delhi by Rikshaw. Very practical because the narrow streets are very crowded. Unfortunately we did not have time to visit the inside of the grand mosque and the red fort. They both look impressive. I'm sure it will be worthwhile to visit them both. On the way from New to Old Delhi (quite a distance!), in the hussle and bussle of the street we saw a group of young men, carrying on their shoulders a body of a dead person, wrapped in red fabric. They manouvered very handy. It was not clear to us where they were heading. The river perhaps, to burn the body in accordance with Hindu tradition?

We travelled to Agra to see the Taj Mahal and stayed overnight, to be able to be at the Taj before the sunrise. I went for a coffee and pancakes first ( 05.45 AM) in the small city, before entering the Taj. The walk through the narrow alleys, in the early hours of the morning, was very special. I heared the ticking of metal. I wondered what it was. Teun explained to me that it was the waking of the gods in the hindu temple. For me this was a very special moment! We had breakfast at Joni's. A very small shop, extremely simple, but Joni has his own website, has highspeed internet, and receives guests from all over the world. That is one of the very fascinating aspects of India. These contrasts, nobody seems to worry about. It just is. Different dimensions of time exist next to one another. Enabling richer and poorer to survive, each on his own terms. Fascinating. Very dynamic. The Taj Mahal we did not really SEE very well. It was more or less hidden in a thick fog. We EXPERIENCED its beauty in this mysterious setting. Beautiful, but very bad for taking pictures!

In Chandigarh, the main destination of our trip, we experienced the Holi festival. Everybody has coloured powder that they put on your face and your clothes. Youngsters drive on motorbikes, scooters etc screeming "Happy Holi" and really like it if you are colored too. I was colored by and older rikshaw rider, who did it very respectfully: he put some on my forehead, touched my lower leg to put some color there too (sign of respect - touching the feet) and folded his hands in front of his chest, to say thank you. I was moved by this sign of respect of this poor man. How different from the jolly abundance of the young people.

We had the opportunity to meet with an 80 year old architect who worked in the 1950'ies with le Corbusier and his team when planning and building the city. We also visited the Chief Architect (a very sympathetic lady) in her huge office (all original furniture of the 1950'ies, but all modern office equipment you could imagine!). We made various walks through the main sectors of the city to get a good idea of the design of the sectors and the houses. We visited the Architecture Institute and some other buildings of the university.

The only thing we could not do, was a cycling tour around the city, through the villages with a Sikh environmental conservationist, because that morning the rain came pouring down in enormous quantities. Especially my friend (who turned 79 in India!!) was very disappointed. She would have had the privilege to sit on the back of the scooter of the Sikh environmentalist. She missed out on that! Much to her regret (and ours). 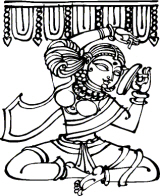 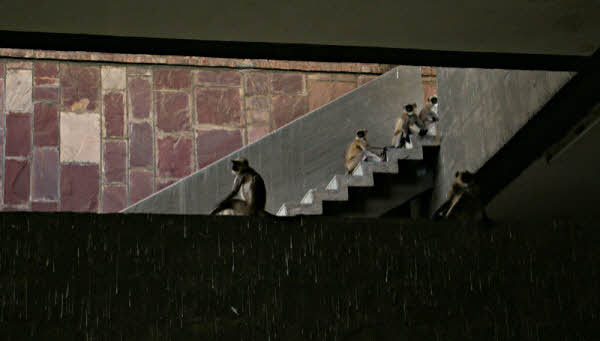