Chennai
After a flight from Europe, we arrive in Chennai, one of India's metropolitan cities. We leave the city immediately and drive to the nearby village of Mamallapuram.

Mamallapuram (3 days)
Mamallapuram is a village inhabited by fishermen and sculptors. It harbours some of India's first stone (monolithic) temples. At present, the village is one of the most important suppliers of temple statues in India. They are produced in numerous open workshops scattered all over the village. Mamallapuram is also a seaside resort on the backpacker track. There are small beach restaurants serving grilled fish and shops selling hip souvenirs from all over India. Given the limited scale of things and the 'alternative' western influence, you can quietly get used to the ample presence of India.

On the early morning of our third day in India we leave for Tirupati. The journey (with a hired bus) takes several hours. On the way we will stop for a visit to one of the many famous temples of Kanchipuram.

Tirupati (2-3 days)
Tirupati is situated at the foot of the seven wooded hills of Tirumala. The top of the seventh hill harbours the old Hindu temple of Venkateshwara, which attracts thousands of pilgrims every day. In Tirupati you don't see many white faces. The town is completely fixed up to receive, house and feed its daily streams of believers. In addition to the Venkateshwara temple (in the hills), there are several smaller shrines and an old home for wandering ascetics in the town itself.

On our second day in Tirupati, we take the early morning bus to the foot of the hills, where we start a 15 km walk to the Venkateshwara temple. The walk begins with a steep climb and then goes on more gently, along woods and little shrines. We are accompanied by dozens of pilgrims. In the vicinity of the temple a complete new town has emerged. There are banks, hotels, restaurants, parks and lots of shops. There are also a number of huge barbers' buildings. In the largest one, near the temple, hundreds of pilgrims (men, women and children) are tonsured at a time. By offering their hair, they show their humility to Venkateshwara.

On the third day in Tirupati, we take the morning train to Vijayawada. We arrive in Vijayawada in the early afternoon.

Vijayawada (7 days)
Vijayawada is an old trading town situated on the banks of the mighty river Krishna. It is a rich town with a fertile hinterland. Its wealth is unevenly distributed. The traders in the old town and the big farmers in the surroundings of the city are rich. At the same time, Vijayawada is swarmed with cycle rickshaws pedalled around by an army of poor wretches who were born in the poorer rural areas of Andhra Pradesh. Some 40% of the local population has to make do with a family income of less than 50 Euro's a month. There are slums and popular neighbourhoods all over the place: along the irrigation canals, on the slopes of the hills and even in the river bed. The old town is a big labyrinth. Some lanes have a width of barely one metre. This part of town is the domain of the higher castes: priests and traders. Here, you can buy anything. Most goods are pushed or pedalled around on heavy carts. There is no space for cars. There are several old temples, such as the Shiva temple and the Kanaka Durga temple.

Our hotel is centrally located. The Vijayawada programme includes the following activities:
On our seventh day in Vijayawada we take the early morning train to Visakhapatnam. We arrive in Visakhapatnam in the early afternoon.

Visakhapatnam and surroundings (8 days)
Whereas Vijayawada is a typical trade and transport town, Visakhapatnam is an industrial city. It is one of the most rapidly growing cities of India. This notwithstanding, the first impression of Visakhapatnam is that of a relatively spacious and green city. The most important source and starting point of uban and industrial growth was a natural sea port. At present, Visakhaptnam is the second port of India. Visakhapatnam is a conglomerate of villages. The historical centre is formed by an old fishermen's settlement surrounded by a great number of densely populated caste bound popular settlements. It is a chaotic complex of buildings and huts situated along narrow, winding lanes and small squares. The city is surrounded by tropical hills bordered by the sandy beaches of the Bay of Bengal. Immediately north of the city there is an important Hindu temple dedicated to the half-man-half-lion incarnation of Vishnu, Narasimha Swami. Further inland there is a rather isolated mountainous area, inhabited by a tribal population.

We stay in a lively, centrally located hotel which is known for its superb South Indian meals. We start our Visakhapatnam programme outside the city with a two day stay in the quietness of Rushikonda, a hill on the beach. Our hotel is situated on the slope of the hill and offers a wide panorama of the mostly empty beach and the Bay of Bengal. What remains are the following activities:
On the seventh day of our stay in Visakhapatnam, we take the evening train to Puri (Orissa). We arrive in Puri next morning.

Puri (3 days)
Just like the Venkateshwara temple in Tirupati, the Jaganath temple of Puri is an important object of Hindu pilgrimage. Apart from large groups of pilgrims from all over India, the temple also attracts complete armies of monkeys. In addition to a pilgrimage centre, Puri is a typical Indian sea side resort, attracting lots of tourists from nearby Kolkata. To conclude, Puri harbours a separate Western tourist quarter, situated at the fringe of the town, near a large fishermen settlement. We can organise various excursions, e.g. to the famous Sun temple of Konark. A temple fanatic could consider a visit to the beautiful temples of Bubaneshwar. On our third day in Puri we take the evening train to Kolkata. We arrive in Kolkata next morning.

Kolkata (3 days)
Kolkata (Calcutta) is supposed to be the most chaotic and miserable city of India. At the same time it is the cultural capital of India. Everything beautiful and squalid in India, can be found in its most concentrated form in Kolkata. Once it was the capital British India, a rich trading centre and a melting pot of cultures. The city is full of the remains of its glorious past: colonial buildings, trading houses, palaces, grand villa's, churches, synagogues, temples and mosques. Since its heyday the city has grown tremendously. At the same time it declined and deteriorated. We offer a number of walks that show the most beautiful spots of the city. On the night of our third day in Kolkata we fly back to Amsterdam. 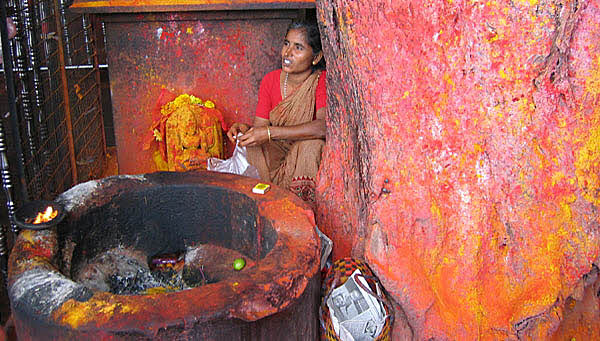 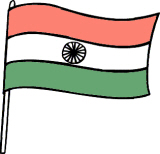