We are Teun de Bok and Robert-Jan Baken. Together we form DAARI, a small Dutch travel organisation. In close collaboration with local charitable, social organisations (NGOs) we organise special tours through India. It all started in the first half of the 1990s, when we were doing our  fieldwork for a long term research on land and housing problems in Vijayawada and Visakhapatnam, Andhra Pradesh. Both places are not generally regarded as prime tourist locations. Yet, after having explored both cities and regions in the context of our research we thought there were many interesting things to see and to experience.

We were convinced, for example, that a walk through the whole sale section of the old town of Vijayawada with its labyrinth of winding lanes, along local temples and numerous colourful outlets would be an engaging experience to any foreign visitor. Now according to the average inhabitant of Vijayawada, there's nothing great to see in the old town - except for the famous Kanaka Durga temple. And, indeed, there is no mention of this place in any tourist handbook. The nice things of the old town are those taken for granted by locals: the traditional, rather 'clumsy' and congested environment; the sense of old and firmly rooted Brahmin and trader communities, resulting in a special atmosphere. The old town constitutes a different world. For foreigners it is quite exotic. Moreover, it is a great place to buy all kinds of 'everyday' South Indian odds and ends. If you knew where to go, you could make a most interesting and varied walk including visits to the flower market, the ghats and the temple - both overlooking the mighty River Krishna -  and a great number of whole sale shops. On the way you could have a sip of the best badam milk in town, a puff of an instantaneously produced cigar at the tobacco merchant's outlet and a tasty Andhra meal in a hidden traditional restaurant. When we finally organised our first tour, we did all these things. It was a great success. We stayed in Vijayawada for a week or so. This stay became the heart of our tour.

We did not only walk, we cycled too, through the newer parts of town, around hills with dense settlements, through an urbanised village with a potter settlement, along irrigation canals and lively popular neighbourhoods full of buffaloes. We also visited the nearby  village of Kutchipuddi, the place where Kutchipuddi (classical) dance originated. Nowadays it harbours a famous dance academy which invites all its visitors to see students practising their dance, showing their talents. There is no make up, no grand stage and no routine performance for tourists. Although we had seen much more glittering and more perfect dance performances, it was at Kutchipuddi that for the first time we were deeply moved by Indian classical dance.

On the other side of the river, Mangalagiri is known for its hand loom industry. There are thousands of hand loom weavers. We saw  them at work, weaving, preparing their warps in the lanes, dyeing their yarn etc. Again, for local people, there is hardly anything interesting about weaving, but for those (like us) who've never seen how fabric is actually produced, a visit to the weavers of Mangalagiri can be fascinating.

Kondapalli, near Vijayawada, harbours a settlement of artisans who make colourful wooden statues. A bit further away, near the old trading town of Machalipatnam, there are hundreds of families engaged in traditional block printing, using natural dyes in an intricate process of printing, boiling and rinsing. Both places are worth a visit.

Visakhapatnam is mainly known for its port and industry. Yet, it is an amazingly green and spacious town structured around a conglomerate of erstwhile villages. In addition to an old core, with winding lanes connecting various caste-wise settlements, it offers deserted, sandy beaches, a graceful temple on top of a green hill (Symhachalam) and the natural beauty of the forested hills and mountains in its hinterland that is mainly inhabited by native tribes.

Visiting such places while staying in typical local hotels and eating delicious local food in popular local restaurants can be a great experience. In fact, this has been acknowledged by all our participants. Yet without the input of local social organisations, visiting these places would only be half as interesting and fun. In Vijayawada, a local street children project, SKCV, plays an important role in our activities. In fact, ex-street children (young men) act as our hosts, guides and translators. Not only do they show us their project, but they guide us during our walk through the old town, during our cycle tour along the hills and irrigation canals and during our visits to local slums and the weavers' settlement of Mangalagiri. They give us cooking lessons, take us on a boat trip on the River Krishna and show us their world.

In the nearby village of Srikakulam (Krishna District) we stay for one or two nights in the compound of a NGO working in the villages (Arthik Samata Mandal). The accommodation it offers is very basic, but  after having spent most of our time in cities and towns, the quietness and simplicity of village life is overwhelming. The same goes for a stay at BCT, a similar organisation, based in Haripuram, near Visakhapatnam. Not only does such a stay offer us a taste of village life, an introduction to its projects by its social workers gives us a little more in depth idea of the problems and positive sides of living in a (rather poor) rural environment as well.

In the green mountains on the border with Orissa we visit an organisation working through and with disadvantaged tribal groups (AASSAV). Through this organisation we see a glimpse of what it means to live in these rather secluded en neglected parts of India. What is particularly nice about being hosted by organisations such as those mentioned above is that they show us glimpses of everyday life (including its harsher sides) of large groups of people in India, without resorting to gloom and hopelessness. After all, these organisations actually do something to improve the living conditions of the people in their work area: they have founded schools, night shelters, hospitals; they have planted trees and experimented with various income generation activities.

There is no intricate philosophy behind our kind of  tourism. It is build upon the assumption that people who travel with us want to get to know India, its people and the things they do in their daily lives. So, we travel in trains and auto rickshaws and stay in typical Indian middle class hotels or in villages (in the compounds of NGOs). We eat local food and we meet a great variety of people. These are not only interesting things to do, but they are fun, nice and/or pleasant too. We don't want to isolate ourselves from the Indian world around us by travelling in a rather luxurious cocoon in which everything is nicely adjusted to our ways of doing things. That would only make us feel uncomfortable. It would make the rather strange world surrounding us, in which poverty is visible on every street corner, seemingly impenetrable and threatening. By travelling the way we do we want to bridge the unavoidable gap between our world and 'theirs' as much as possible. By paying explicit attention to poverty related problems (through our visits to NGOs), poverty is no longer an omnipresent, amorphous and rather intimidating phenomenon that appears in the form of slums, beggars and other kinds of destitute looking people. It becomes more tangible and concrete. A slum is not just a big black hole. It harbours various shops, workshops and numerous simple houses and huts. Its inhabitants are engaged in all kinds of day-to-day activities. Although they may have lots of urgent problems, they are people like ourselves, with their joys, anxieties and care for their parents and children too.

As mentioned above, during our tours there is a stress on 'ordinary' things, on daily life, with all its beautiful, exotic and harsher facets. At the same time we do pay attention to phenomena which are commonly regarded as tourist attractions. In fact, during our tours we try to come up with an attractive mix of elements, including visits to famous temples and stays at beaches. Our tours are not meant to be study trips. They are primarily designed as special holidays with moments generating a typical holiday feeling, moments causing a feeling of being part of a new strange world, and moments of extraordinary encounters with people working for the benefit of poor or otherwise disadvantaged people. They are also designed to include sufficient moments of rest. We want avoid packed programmes that leave no time to really be in certain places or time to be lazy and let experiences sink in.

We organise our own DAARI tours, for (small) groups, as well as tailor made tours, both for groups, couples and individuals. All our tours can be completely or partly tuned to the specific demands of our participants. While the heart of our tours lies in Andhra Pradesh, with time we have expanded our sphere of action. We have visited (parts) of Kerala, Tamil Nadu, Orissa, West Bengal and Gujarat. Our present group tour programme is limited to only two tours:

The architecture/ Le Corbusier Tour, a 14-day study tour to Chandigarh, Ahmedabad, Delhi and Agra in which we concentrate on the work of Le Corbusier. The next tour will take place in the beginning of 2014.

The east coast tour is a special 4-week tour along the east coast of India - from Chennai to Kolkata. This tour is organised on demand.

Previously we have organised other tours. The decriptions of these tours are still part of this website. They can serve as a source of inspiration for travelers:

The weaver routes, special textile tours which centre around the lives, work and products of the Indian weavers.

At present, the itineraries of two of our tours (the east coast tour and the textile tour) have been translated into English.  If you want more information regarding these remaining tours, please do contact us.

During the coming years, one of us (Robert-Jan), will be investigating possible destinations in Andhra Pradesh. Eventually he hopes to be able to offer very special parts of tours for small groups and individuals.
travel 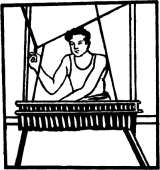 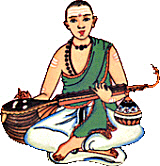